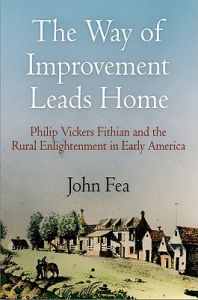 The Way of Improvement Leads Home: Philip Vickers Fithian and the Rural Enlightenment in Early America

Other books by John Fea

Was America Founded as a...

The Disuniting of America:...