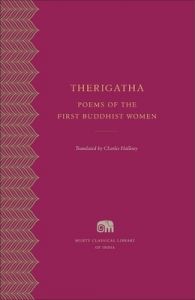 Other books by Charles Hallisey

Therigatha - Poems of the First...

Women And The Wind of Change