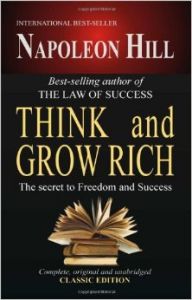 Think and Grow Rich (with CD)

Other books by Napoleon Hill

Success: The Best of Napoleon Hill

The Magic Ladder to Success...

The Richest Man in Babylon...