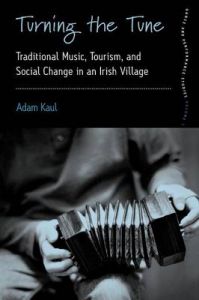 Turning the Tune: Traditional Music, Tourism, and Social Change in an Irish Village