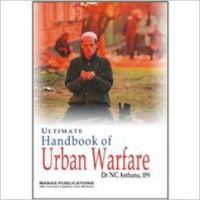 Other books by N. C. Asthana

Indias Wars and Warfare: A...

The Emergency: A Personal History

The Art of War