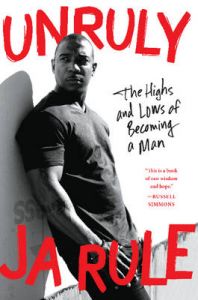 Unruly: The Highs and Lows of Becoming a Man