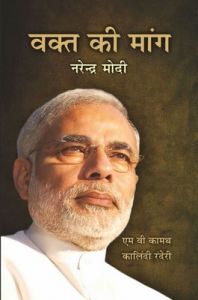 Other books by Kalindi Randeri

The Man of the Moment : Narendra...