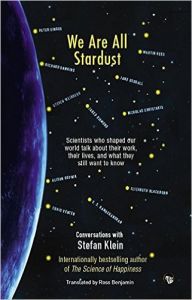 WE ARE ALL STARDUST

My Age of Anxiety