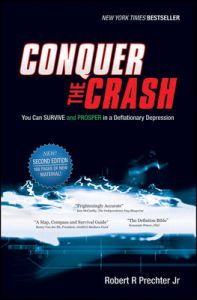 Conquer the Crash: You Can Survive and Prosper in a Deflationary Depression (English) 2nd Edition

Other books by Robert R. Prechter

Conquer the Crash: You Can...

The Economics of Microfinance...