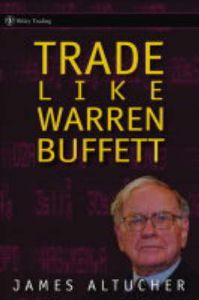 Other books by James Altucher

Buffett Beyond Value: Why Warren...