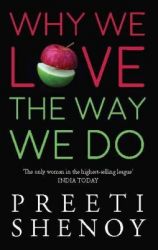 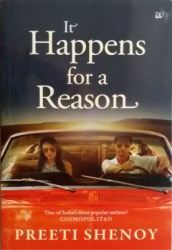 It Happens for a Reason... 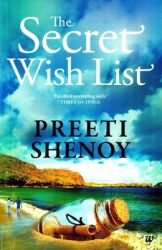 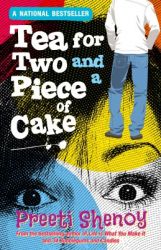 Tea for Two and a Piece of Cake...

Year of the Tiger

» See all in Rediff Books Recommends

Preeti Shenoy is an Indian author which has many bestselling books to her name such as 34 Bubblegums and Candies, Life Is What You Make It, Tea for Two and a Piece of Cake, The Secret Wish List and The One You Cannot Have. Besides, Preeti Shenoy books she is famous for being listed among the Forbes List of the 100 most influential celebrities of India (2013 edition). Preeti Shenoy has a very dynamic interest which ranges from photography and yoga to sociology. She has a brief stay in UK, after that decided to come back home land and currently resides in Bangalore. Preeti Shenoy latest book, The One You Cannot Have is published in November which is well received by the readers. Preeti Shenoy developed her writing skills after creation of her own blog in October 2006. On her blog, she started getting considerable amount of traffic and many of her readers suggested publishing her writings. 34 Bubblegums and Candies was the first book which has mix of narratives based on real life incidents, some of which had been previously posted on her blog in a shorter form. Preeti Shenoy first book was launched in October 2008. Preeti Shenoy second book 'Life Is What You Make It' was the best selling books in 2012 in India and her third book 'Tea For Two and a Piece of Cake' released in February 2012 made it to the top five best-selling Indian fiction of 2012. Her fourth, 'The Secret Wish List' was released in October 2012.